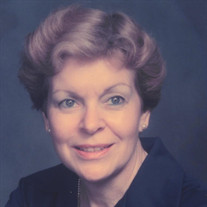 Thelma "Toni" Jean Herrold of Mountain Home, Arkansas, passed away December 19, 2021, in Mountain Home, Arkansas at the age of 90. She was born June 16, 1931, in Chicago Heights, Illinois, the daughter of Edward Oscar and Mary Ellen Davis Smitchger. She was a devout Methodist all her life. She was a member of the First United Methodist Church in LaPorte, Indiana, for 26 years and a faithful member of First United Methodist Church in Mountain Home after she moved to Mountain Home, Arkansas, in 1974. About a day and a half before she passed away she mumbled very loudly and determined, "I am going to live in the House of the Lord forever." People who knew and loved her have no doubt that she now resides there. She was a woman of many talents: flower gardening, sewing and needlework, woodworking, both house and picture painting, singing alto in the church choir, designing, and decorating her own home. She was a graduate of LaPorte High School after she moved to LaPorte, Indiana, from Chicago Heights, Illinois, with her parents at age 17. She married Kenneth Herrold in 1956. They divorced in 1968. She never remarried. She loved and financially supported her two children, Tim, and Debbie, on her own as a single mother on her salary as a bank teller. She was a master of frugality and trusting in God. She loved garage sales where God blessed her with many bargains to meet her needs and a delighted her with a lot of affordable little treasures. She designed and decorated her home. She bought a small lot of land in Mountain Home, had her home constructed, and paid for it all on her own. Her home started out very small, but it grew over the years as she designed and had constructed additions to the home, which she paid for from with her savings because she believed in not borrowing money. The only loans she ever had were for the initial construction of her very small home and the $300 she borrowed from her mother to buy the car she needed to drive to and from her new job as a bank teller at First National Bank in LaPorte, Indiana. Her husband got the car in the divorce, as men did in those days. She did not have the money to buy new clothes for her new job, so she just sewed them herself. People who complimented her on her clothes were surprised when she told them they were all homemade. Later she saved time and money by buying all her clothes at garage sales, mostly for less than $1 each, and received compliments for those clothes as well. She continued her career as a bank teller when she moved to Mountain Home, Arkansas, to be near her sister, Jan Varallo who had moved there with her husband Al and son Gary the year before. She continued her bank teller career when she was hired by First National Bank of Mountain Home (now Farmers and Merchants Bank) where she worked for 22 years, retiring at age 65 in 1996. She was well loved and appreciated by her bank customers. She was mostly at the bank's main location on Hickory St. in Mountain Home and sometimes at the bank's Lakeview branch. In addition to serving bank customers at her teller's window, later she helped new bank customers moving from other states. She requested, received, and completed all the paperwork required by out-of-state financial institutions so that funds could be transferred to First National Bank of Mountain Home for new customers. She was also happy to help customers who sometimes needed a little extra help reconciling their checkbook to their monthly bank account statement, no matter how challenging that task might be. She continued doing all her clothing shopping at garage sales finding great bargains on beautiful clothing. She continued to be physically fit well into her 80s. She exercised in the morning four days a week, Monday - Thursday, at Curves with her friends. She was only five foot tall and a little on the quiet side, but she had a big heart and a smile for everyone. Thelma is survived by her daughter, Deborah “Debbie” Herrold Coddington of Mountain Home, AR; and nieces and nephews, Gary Varallo in Mountain Home, AR, Diane Smitchger in Michigan, Pamela “Pam” Smitchger Franco in New York, James “Jim” Smitchger in Michigan, and Carol Varallo Moore in California. She was preceded in death by her parents, Edward “Ed” Oliver and Mary Ellen Davis Smitchger; son, Timothy “Tim” Herrold; brother, Edward “Ed” Francis Smitchger; and sister, Jeanette “Jan” Varallo. Visitation will be Monday, December 27, 2021, 1:00 pm, at First United Methodist Church of Mountain Home with a Funeral Service to follow, 2:00 pm, Monday, December 27, 2021, with Reverend Daniel Thueson officiating. Burial will be in the Kirby's Tucker Memorial Cemetery, Mountain Home, AR. Due to current restrictions, masks are required. Memorials may be made to First United Methodist Church of Mountain Home. Arrangements are by Kirby and Family Funeral and Cremation Services - Mountain Home, Arkansas.

The family of Thelma J. Herrold created this Life Tributes page to make it easy to share your memories.

Send flowers to the Herrold family.