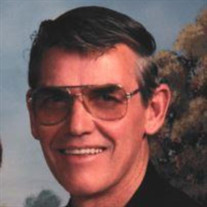 Robert Lee Warford of Mountain Home, Arkansas, passed away October 5, 2021, in Mountain Home, Arkansas at the age of 87. He was born August 16, 1934, in Kansas City, Kansas, the son of August and Dorothy Erisman Warford. He married Sherrill D. Risk on April 7, 1962. Robert worked for the city of Leadville, Colorado beginning his career as recruit patrolman and retired as Police Chief. Robert was a U.S. Navy veteran of the Korean War and received many recognitions during his service. He was a member of the Veterans of Foreign Wars, Disabled American Veterans, Twin Lakes Gun Club, and was Scout Master of Troop #69 in Leadville, Colorado. He enjoyed shooting, fishing, metal detecting, working with youth groups, and being with family. Robert is survived by his sons, Kerry, and wife Sheryl Warford of Mountain Home, AR and Kevin, and wife Helen Warford of Colorado City, CO; two daughters, Diane Quinn of Moab, UT, and Terri Edwards, of AZ; grandchildren, Kelson, and wife Laura Warford, Alex Warford, Kylie Warford, Ben Cato, and Bailey Cato; and great-grandchildren, Kalem Warford, Rylan Warford, and Emmy Warford. He was preceded in death by his parents and wife. A Celebration of Life for Robert will be from 3:00 until 6:00 pm, Thursday, October 14, 2021, at the Ozark VFW Post #3246 in Mountain Home, Arkansas. Burial will be held at Kirby's Tucker Memorial Cemetery, Mountain Home, Arkansas. Military Honors will be provided by the Alley-White American Legion Post #52 and United States Air Force Honor Guards. Donations in lieu of flowers may be made to the Twin Lakes Gun Club, P.O. Box 199, Mountain Home, AR 72653. All proceeds and donations will be used to fund the youth program at the club. Arrangements are by Kirby and Family Funeral and Cremation Services - Mountain Home, Arkansas. Visit an online obituary and guestbook at www.kirbyandfamily.com.

The family of Robert Lee Warford created this Life Tributes page to make it easy to share your memories.

Send flowers to the Warford family.