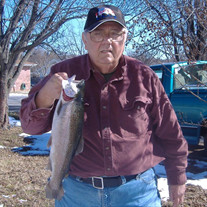 Robert John Sarle, Jr. of Mountain Home, Arkansas, passed away October 28, 2021, in Mountain Home, Arkansas at the age of 75. He was born July 14, 1946, in Philadelphia, Pennsylvania, the son of Robert and Louise Myers Sarle. Bob was a U.S. Army veteran. He married Joanna Ashmore on November 7, 1970, in Philadelphia, Pennsylvania, and was a Police Officer for the Philadelphia Police Department. After retiring from the Philadelphia Police Department, he moved to Antioch, Illinois, where he went to work for the Prairie Grove, Illinois, Police Department. Bob lived in Mountain Home since moving from Pocono Mountains, in 2005. He was a member of the Fraternal Order of Police and he enjoyed fishing and hunting. Bob is survived by his wife, Joanna Sarle of Mountain Home, AR; son, Rob (Marisa) Sarle of Flower Mound, TX; two grandchildren, Emily and Blake Sarle; four sisters, Marilyn Clifford, Nancy (Mark) Stone, Jeanette Sarle, and Jacqueline Golden; and sister-in-law, Marie Sarle. He was preceded in death by his parents and brother, William Sarle. Arrangements are by Kirby and Family Funeral and Cremation Services - Mountain Home, Arkansas.

The family of Robert John Sarle created this Life Tributes page to make it easy to share your memories.

Send flowers to the Sarle family.