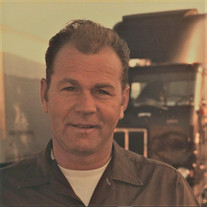 Robert "Bob" Dean Dahl of Mountain Home, Arkansas, passed away February 12, 2021, in Mountain Home, Arkansas at the age of 78. He was born February 10, 1943, in Madison, Wisconsin, the son of Edwin and Marie Niederklopfer Dahl. He served in the United States Army in the 322nd Chemical Company. He married Judy Boehmer on June 1, 1963, in Sauk City, Wisconsin. He was a cement finisher for 14 years and worked for the United Parcel Service for 27 years, driving a semi-truck. In 1969, they moved to Arizona, where they lived for 33 years. In 2002, he and his wife retired in Arkansas. He is survived by his wife Judy, of 57 years; son, Robert Dahl, Jr., of Smithville, TX; grandson, Derek Dahl, of Bastrop, TX and brother, Ed Dahl, of Mesa, AZ. He was preceded in death by his parents and a sister. Arrangements are by Kirby and Family Funeral and Cremation Services - Mountain Home, Arkansas. Visit an online obituary and guestbook at www.kirbyandfamily.com.

The family of Robert Dean Dahl created this Life Tributes page to make it easy to share your memories.

Send flowers to the Dahl family.