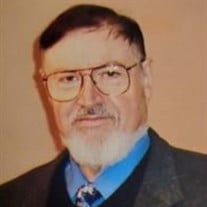 Philip R. Hardin departed this Earth on Friday April 16, 2021 surrounded by family at home. He was born June 3, 1941 in Ranger, Texas, and adopted/raised by L.C. Hardin & Erma Looney Hardin of Sweetwater, Texas. He married Judith Burke on September 1, 1962 in Sweetwater, Texas. He was a National Merit Scholarship finalist and the first of his family to graduate high-school. He attended Rice University in Houston, Texas on a full scholarship, and graduated with a Bachelors of Science. He obtained a Masters degree at Texas Technological University in Lubbock, Texas; completed medical school at University of Texas Medical Branch in Galveston, Texas; internship at McKay-Dee Memorial Hospital in Ogden, Utah; and a residency in dermatology at the University of Texas Medical Branch in Galveston, Texas. Dr. Hardin achieved double Board Certification in Dermatology in 1975 and Dermatopathology in 1982. He began his dermatology career serving two years as Chief of Dermatology at the Naval Hospital in Corpus Christi, Texas where he was also a Lieutenant Commander. After honorable discharge from the Navy in 1976, he moved to Mountain Home to open his private practice at Pigeon Creek Medical Clinic where he served our local residents for forty-four years. Dr. Hardin also maintained a satellite practice at Burton Creek Clinic in West Plains, Missouri on Wednesdays for thirty-one years. In addition, he served on the consulting staff of the Baxter Regional Medical Center and Ozarks Medical Center. Dr. Hardin was a Fellow in good standing with the American Academy of Dermatology, the American Society of Dermatopathology, and the American Society for Dermatologic Surgery. He has been a member of the American Medical Association as well as a Life Member of the Arkansas Medical Society. He was a board certified Dermatologist and Dermatopathologist in Arkansas, Missouri, and Texas. Dr. Hardin loved his work, cared greatly for the health of his patients, and at times removed skin cancers, receiving thanks with gifts of locally caught fish and venison or beautifully handmade crafts. His staff was like family and he was able to work alongside his daughter Laurie for twenty-six of his forty-four years in private practice. Outside work his interests included: photography, writing poetry, music, handmade knife collecting, hunting, canoeing, hiking, geology, and growing orchids, roses, and hot peppers. Dr. Hardin lived a meaningful life with honesty and integrity. Upon retirement he stated, "It has been a privilege and a pleasure to contribute to the health and comfort of the residents of this area and I would like to express my sincere thanks to all my patients for their trust and support." He is survived by his wife of fifty-eight years, Judy; by his children: Deborah, Laurie (Jeff), and Erik (Lindsey); his grandchildren: Dylan, Meadow, Cora, Kaiden, and Ash; brother, Lewis C. Hardin (Truby); cousins: Norman K. Burtt and Rebecca Saikin (Philip & baby Kennedy), and life long friend, Edward W. Tuthill. In lieu of flowers, memorials may be made to your favorite charity. Services for family will be private. A public remembrance will be held at Big Spring Park in Cotter, Arkansas from 4:00 p.m. to 6:00 p.m. at the pavilion on Sunday, April 25, 2021.

The family of Philip R. Hardin, M.D. created this Life Tributes page to make it easy to share your memories.