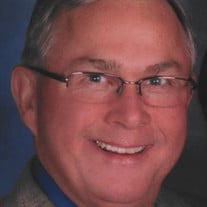 Peter M Tottenham, 66 of Gassville Arkansas, went into the loving arms of our Savior on August 14, 2021 in Mountain Home Arkansas, surrounded by his beloved wife Lanita Mudford Tottenham of 36 years, and his dear friends Tim and Denise Malloy. Mr. Tottenham was born April 6, 1955 in New Haven Connecticut, son of the late Elmer and Grace Andrews Tottenham. Peter graduated from Seymour High School in 1973. Peter attended New Haven Community College from 1976-1981 and was a skilled Journeyman Tradesman developed in Machinist, and as a Machine Erector. Peter served in the United States Navy as a Machinery Repairman. He was a Petty Officer 2nd Class-MR2-E5 serving from May 1976-April 1979 in Holy Loch Scotland. Peter was retired and living the good life in the Ozarks. Peter lived life to the fullest each day and loved waking up each morning. He enjoyed spending time with family and friends, working on his rentals, woodworking, and serving the community as a Knights of Columbus. Peter was honored to represent the Knights of Columbus as a Keynote speaker on Veterans Day. Peter worked in the Petrochemical field for 25 years as a Sales Engineer with the Farrel Corporation in a field office in Houston Texas. Later in his career he worked in the Aerospace Industry for almost 16 years as a Sales Director and Aviation Sales Manager in Seattle Washington and Leesburg Virginia. His loving family in addition to his wife Lanita includes his daughter Yvonne Tottenham of Concord NC, his two loving sisters Mary Haller of Morganton NC, and Melissa (Gary) of Seymour, CT, his devoted brother, James Tottenham (Terry) of Oxford, CT, his sisters-in-law Rita Tottenham and Charlotte Tottenham. His caring brother-in-law Robert Mudford and fiancé Terrie Ramsey of Fouke, AR. Many loving and caring nieces, nephews and friends. He is preceded in death by his sister Jill Drown and brothers John (Jack), Joel and Jeffrey Tottenham. Friends and family are invited to attend a Funeral Mass at St. Peter the Fisherman Catholic Church at 3:00 pm on August 19 2021 in Mountain Home Arkansas, with Father Norbert Rappold as Celebrant. Burial will follow at Kirby’s Tucker Memorial Cemetery Mountain Home, Arkansas. Flowers may be sent to Kirby & Family located at 600 Hospital Drive, Mountain Home AR, 870-425-6978. Due to current restrictions, masks are requested. Arrangements are by Kirby and Family Funeral and Cremation Services - Mountain Home, Arkansas. Visit an online obituary and guestbook at www.kirbyandfamily.com.

Peter M Tottenham, 66 of Gassville Arkansas, went into the loving arms of our Savior on August 14, 2021 in Mountain Home Arkansas, surrounded by his beloved wife Lanita Mudford Tottenham of 36 years, and his dear friends Tim and Denise Malloy. Mr.... View Obituary & Service Information

The family of Peter M Tottenham created this Life Tributes page to make it easy to share your memories.

Peter M Tottenham, 66 of Gassville Arkansas, went into the loving...

Send flowers to the Tottenham family.