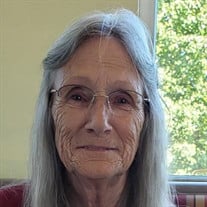 Margaret Anne Boham Gray Born February 5, 1941 in Audubon, IA to Marion C Boham and Frances R Boham (Crane). She attended school in Audubon, IA and Council Bluffs, IA and graduated from Abraham Lincoln High School in 1959. William Charles “Bill” Gray Born July 11, 1939 in Glenwood, IA to Donald E Gray and Verla M Gray (Hunt). He attended school in Council Bluffs, IA and graduated from Thomas Jefferson High School in 1957. He served in the US Army National Guard (was a cook). Bill and Margaret married December 27, 1958. They had 6 children - Donald M (Ricka Price), Sharyl A (Scott Teixeira), Charles M (Marilyn Urich), William M “Mike” (Ann Holste), James M (Coreen Schuler) and Jeremy M as well as 14 grandchildren (including 5 step-grands) and 12 great grandchildren. Bill was a hard worker, always providing for his family. Margaret worked outside the home a few times over the years, but her top priority was at home, raising their family. Bill died on December 3, 2020, with Margaret by his side. He was preceded in death by both parents, a sister and their youngest son. He was survived by Margaret, his wife of 60 years, 5 children, 14 grandchildren and 12 great grandchildren, one sister and numerous nieces and nephews. Margaret missed Bill deeply and joined him in death on October 15, 2021. She was preceded in death by both parents, one brother and one son and Bill, her husband of 60 years. She was survived by 5 children, 14 grandchildren and 12 great grandchildren, two brothers and numerous nieces and nephews. Bill retired from Airlite Plastics Company in Omaha, NE and he and Margaret moved to Bull Shoals in 2001. They enjoyed retirement but kept busy early on, Bill by his love of fishing and Margaret by keeping the house in order, sewing and needlework and reading, then later by Bill’s talented carving and woodworking and Margaret’s beautiful knitting and crocheting. Their love for family always came first and they looked forward to visits from family and friends, taking pride in showing them around the beautiful area. They also shared a love for animals and always had at least two rescue dogs in residence! Bill could be seen daily sitting in his rocking chair in the garage, watching birds, wildlife, traffic and people, with his beloved dogs nearby. Margaret’s caring nature continued until the very end, always putting the needs of others before her own. A Celebration of Life for Margaret and Bill will be 2:00 pm, Friday, November 26, 2021, at Kirby & Family Funeral Home Chapel in Bull Shoals. Due to current restrictions, masks are required Arrangements are by Kirby and Family Funeral and Cremation Services - Mountain Home, Arkansas. Visit an online obituary and guestbook at www.kirbyandfamily.com.

The family of Margaret Gray created this Life Tributes page to make it easy to share your memories.

Send flowers to the Gray family.