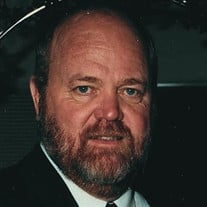 John Louis Wroe of Gamaliel, Arkansas, passed away April 4, 2022, in Mountain Home, Arkansas at the age of 80. He was born November 24, 1941, in Los Angeles, California, the son of Joseph and Ruth Schwanker Wroe. He married Cathy Newmaster on August 22, 1971, in Las Vegas, Nevada and was a telecommunications technician for the Automobile Association of America. John lived in Gamaliel since moving from California in 1999. He was a member of the East Oakland Baptist Church. He worked for the Mountain Home Public Schools for many years, where he held many positions. He had many hobbies and interests such as restraunteer, aviculturist, oil painting, jewelry making, boating, baking, shoe repair, photography, was an avid reader who enjoyed walking, hiking, performing magic, and folding paper hats for his students. The family would like to thank the doctors, nurses, aids, therapists, and staff who helped them over the past year. John is survived by his wife, Cathy Wroe of Gamaliel, AR; son, Cliff (Carolin) Wroe of Cedar Lake, IN; two step-daughters, Pam (Ralph) Christenson of Gamaliel, AR, and Debby (Mike) Bobbitt of Rowlett, TX; two granddaughters, Olivia and Avainna Wroe of Cedar Lake, IN, the Biscuit Boy of Salem, AR; two brothers, Harold (Patricia) Wroe of Jonesborough, TN, and Joe (Janice) Wroe of Myrtle Beach, SC; many grand children, great grand children, nephews and nieces, of which Teresa claims to be his favorite niece; and longtime friends, Marvin and Janet Kunz of Gamaliel, AR. He was preceded in death by his parents; brother, Hank Wroe; sister, Gloria Pierce, and the Woodman. Visitation will be Friday, April 8, 2022, from 5:00 pm until 7:00 pm, at Kirby & Family Funeral Home. Memorials may be made to American Cancer Society or the Shriner's Hospital for Children. Arrangements are by Kirby and Family Funeral and Cremation Services - Mountain Home, Arkansas. Visit an online obituary and guestbook at www.kirbyandfamily.com.

John Louis Wroe of Gamaliel, Arkansas, passed away April 4, 2022, in Mountain Home, Arkansas at the age of 80. He was born November 24, 1941, in Los Angeles, California, the son of Joseph and Ruth Schwanker Wroe. He married Cathy Newmaster... View Obituary & Service Information

The family of John L Wroe created this Life Tributes page to make it easy to share your memories.

Send flowers to the Wroe family.