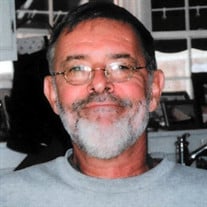 Joe Mitchell Norcross, 70, passed away on November 12, 2021, after a long illness. Joe was born June 7, 1951, in Altus, Oklahoma, to Gordon Joe and Jackie Norcross. Throughout his life he lived in Oklahoma City, Oklahoma; Fort Smith, Arkansas; and Mountain Home, Arkansas. He graduated from Fort Smith’s Southside High School in 1969. He worked for his father at Norcross Chrysler Plymouth while getting his associate’s degree at Westark Community College. Joe married Kathy Sloat on May 4, 1973. In 1975, together with Joe’s family, they moved to Mountain Home as owners of Norcross Ford where he worked for 30 years. He is preceded in death by his parents and two nephews, Michael Alexander and James Treece, III. He is survived by his wife of 48 years, Kathy Norcross; his daughter, Abby Norcross Craigmyle of Springfield, Missouri; his grandson, Owen Welytok of Springfield, Missouri; his brother, Randy (Susan) Norcross of Mountain Home, Arkansas; his nephews, Matthew (Kara) Norcross, Richie (Dora) Norcross, Scott Sloat, Donnie (Tabitha) Sloat, Brian (Courtney) Sloat; his nieces, Katie (Matt) Hairston, Jennifer (Ben) Guthrie, Julia (Drew) Harrison; and his dogs, Lucy and Ethel. While Joe loved selling cars, attending auctions and meandering around the countryside in his truck, he most loved his farm with its big red barns, cows, donkeys, horses and innumerable cats and dogs. He collected animals of all sorts during his life including an Emu that he accepted as trade for a car and too many random cats to name. He was well-known for his enormous collection of model trains and hand-built train layouts complete with running streams and sound effects. He could build anything he wanted to build no matter if it was a tiny wooden truck, a miniature saloon, or a two-story playhouse complete with electricity. He rode motorcycles throughout his life - more dangerously in the earlier days, which led to several memorable wrecks. He was a businessman at heart whether that be as a restaurateur overseeing a Western Sizzlin steakhouse, a contractor dabbling in construction and real estate, a salesman of state-of-the-art (at the time) “hovercrafts,” or a cattle rancher. He loved baseball and softball, playing and coaching both throughout his life, and watched the little league world series every year without fail to see the joy of the game on the children’s faces. He could be saucy at times, but would also rush to give CPR to bunnies the cat brought home. He had many friends who called him a variety of names - “Joe” by his grandson; “Whiskers” and “Joe Mitchell” by most of his buddies; “Daddy” by his daughter; and some other names that cannot be repeated here. He loved his family, his friends and his God. Although not one to sing along at church, his favorite hymn was “How Great Thou Art” and we will always think of him when we hear it. We are sure that when he sits of the feet of God he will say, “Welcome home my good and faithful servant.” Per Joe Mitchell’s request, there will be no services or visitation. In lieu of flowers, the family asks that donations may be made in his name to Humane Society of North Central Arkansas, 2656 Hwy. 201 North, Mountain Home, AR 72653; First United Methodist Church, 605 W 6th St, Mountain Home, AR 72653; or a charity of your choice. Arrangements are by Kirby and Family Funeral and Cremation Services - Mountain Home, Arkansas. Visit an online obituary and guestbook at www.kirbyandfamily.com.

Joe Mitchell Norcross, 70, passed away on November 12, 2021, after a long illness. Joe was born June 7, 1951, in Altus, Oklahoma, to Gordon Joe and Jackie Norcross. Throughout his life he lived in Oklahoma City, Oklahoma; Fort Smith, Arkansas;... View Obituary & Service Information

The family of Joe Mitchell Norcross created this Life Tributes page to make it easy to share your memories.

Send flowers to the Norcross family.