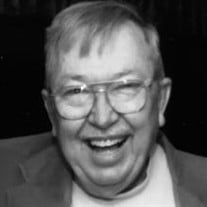 Dr. Bob Mathis of Mtn. Home, Arkansas passed away March 6, 2021 at the age of 83. He was born Bobby Joe Mathis on June 23, 1937 in Houston County, Alabama to Clyde C. Mathis and Jewel G. Carpenter, the 4th of 10 Children. After graduating from Wicksburg High School in Wicksburg, AL, Bob served in the Air Force from 1957-1959 as a dental technician. In 1960 he graduated from the University of Alabama with a BS in Chemistry and married Ashraf B. Ahmed. They were married for 59 years until her death in 2019. She was the love of his life, his foundation, the wind behind his sails and his rudder in the storm of life. In 1961 they moved to Waukegan, IL where Bob worked as a chemist for Abbott/Baxter Laboratories. In 1964 Baxter transferred Bob to Mtn. Home, AR to work at their newly opened plant in quality control management. Bob moved his family to Memphis, TN in 1968 to attend the University of Tennessee College of Dentistry and fulfill his lifelong dream of becoming a dentist. He graduated #1 in his class in 1971 and completed an internship in Periodontal Surgery. After graduating from dental school, Dr. Mathis returned to Mtn. Home and joined Dr. Robert E. Nosari in his dental practice. Their partnership lasted 37 years until his retirement in June of 2008. In 1989 his son, Dr. Eric Mathis, joined their dental practice. Bob was a life long student of his profession always learning the latest procedures and he strived to help each and every person that came to him for care. In the late 70’s Dr. Mathis became a bi-vocational pastor for over 30 years. He and his wife were involved in starting and helping several rural churches in the Twin Lakes area including Clarkridge, Lone Rock, Jordan, Pleasant Valley and other churches in southern Missouri. Over the past several years he taught and preached as needed at multiple local Baptist churches. Bob’s philanthropy was focused on his faith and passion for education. He was one of the founding members of the Norfork Scholarship Fund and the KCMH Christian radio station. He was a major financial supporter of the Mountain Home Christian Academy and instrumental in securing the land for their current facility. Bob loved the outdoors and working in his garden. Sitting on his patio sipping Sun Tea and eating peanuts were his favorite pass times. He loved visiting with his friends and going out to eat. Spicy Indian food along with his beloved Southern cuisine-fried okra, jambalaya, red beans and ham, fried chicken, biscuits and sausage gravy were his favorite things to eat. Dr. Mathis is survived by his 4 children--Naheed Flake, of San Francisco, CA, Kent Omar Mathis (Merry Lynne) of Jacksonville, FL, Dr. Eric Mathis (Lori) of Mtn. Home, AR, Naila Lewis (Peter) of Santa Barbara, CA; grandchildren-Jared Mathis, Micah Mathis (Alexa), Brandon Mathis, Alex Flake, Adam Flake, Christian Mathis, Erica Mathis and Shalini Lewis; great grandchildren-Thea Mathis and Hallie Mathis; sisters-Margaret Deal, Rachel Stadler, Laquitta Morgan, Carol Whitmire and Debbie Scott. Dr. Mathis is predeceased by his wife, Ashraf B. Mathis, his parents-Clyde Mathis and Jewel Mathis, his siblings-Gene Mathis, Lois Bryant, Maxine Hurst and Henry Mathis. Funeral Services for Bob will be 2:00 pm, Saturday, March 13, 2021 at 2:00 pm at the First Baptist Church Gymnasium. A gathering of friends and family will be from 12:00 pm until the time of service. Due to current restrictions, masks are required. In lieu of flowers, donations and memorials may be made to the Norfork Scholarship Fund, Norfork High School, 136 Mildred Simpson Dr., Norfork, AR 72658 or KCMH Christian Radio, 126 South Church Street, Mtn. Home, AR 72653. Arrangements are by Kirby and Family Funeral and Cremation Services - Mountain Home, Arkansas. Visit an online obituary and guestbook at www.kirbyandfamily.com.

Dr. Bob Mathis of Mtn. Home, Arkansas passed away March 6, 2021 at the age of 83. He was born Bobby Joe Mathis on June 23, 1937 in Houston County, Alabama to Clyde C. Mathis and Jewel G. Carpenter, the 4th of 10 Children. After graduating... View Obituary & Service Information

The family of Dr. Bob Mathis created this Life Tributes page to make it easy to share your memories.

Send flowers to the Mathis family.