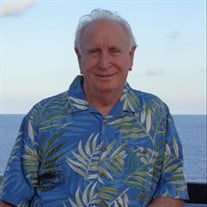 David Franklin Book of Mountain Home, Arkansas, entered into the presence of Jesus on December 31, 2021. He was born on June 16, 1945 in Long Beach, California, the son of Elmer Franklin and Katie June Keyes Book. As David grew up in California, he was always involved in sports. As a youngster he played baseball, but switched to basketball, which he excelled in through high school. He graduated from Bolsa Grande High School on June 14, 1963. David served in the United States Army and the Reserves for a total of 6 years. After 2 years, he was honorably discharged on September 7, 1969 and completed 4 years in the USAR on September 26, 1973. Following his military service for his country, David returned home and began his spiritual journey, searching for the truth for life and encountered Jesus. He was born again on December 25, 1985, and began his life long quest to know God more. In his pursuit of God’s truth, he attended Calvary Chapel Bible College in California 1991 and where he first met Yuko Egami, his wife. After graduating from college, David went to Hungary as a missionary and Yuko went back home. They corresponded by exchanging letters between Japan and Hungary. God brought them back together and were married November 26, 1994 in Santa Ana, California. God blessed their union with a son, and Jonathan Egami Franklin Book was born on November 28, 1995. David enjoyed life, encouraging everyone he came in contact with to “Enjoy the Journey.” Relationships were top priority because of his love for Jesus, family and friends. One of David greatest joys this side of heaven, was teaching and coaching his son, Jonathan, through life and basketball. He often expressed how blessed and thankful to God that he was to watch his son, Jonathan, play basketball from childhood to college. His life was so blessed with the wonderful friends, families, neighbors, and brothers and sisters in Christ. David is survived by his wife, Yuko, and son, Jonathan, both of Mountain Home, AR; sister, Billie Berdon (Kenny) of Calimesa, CA; nephews, David, Steve, and Rick (Bonnie) Borden of CA; great nephews and nieces, Katie (Ryan), Peri, David, Shawn Thomas, Stephanie, Ricky (Brianna), Shawn; great great nephews, Kayden, Nathan, and Connor, as well as many friends and families in Christ who loved him dearly and will greatly miss him. He was preceded in death by his parents and brother, Richard Lee Book; mother-in-law, Tsugiko Egami; aunts, uncles, and cousins. A Funeral Service for David will be 11:00 am, Saturday, January 15, 2022, at Kirby & Family Funeral Home Chapel. Arrangements are by Kirby and Family Funeral and Cremation Services - Mountain Home, Arkansas. Visit an online obituary and guestbook at www.kirbyandfamily.com.

David Franklin Book of Mountain Home, Arkansas, entered into the presence of Jesus on December 31, 2021. He was born on June 16, 1945 in Long Beach, California, the son of Elmer Franklin and Katie June Keyes Book. As David grew up in California,... View Obituary & Service Information

The family of David Franklin Book created this Life Tributes page to make it easy to share your memories.

Send flowers to the Book family.