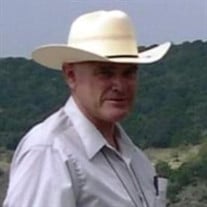 Charles Anthony McMillen of Mountain Home, Arkansas, passed away September 1, 2021, in Mountain Home, Arkansas at the age of 79. He was born October18, 1941, in Saint Louis, Missouri, the only son of Charles and Catherine McMillen. He joined the United States Army and served from1962 to1971. Among other assignments, he was actively involved in defending the city of Quy Nhon in the 1968 Tet offensive in Vietnam. After leaving the Army he did many things as he was always a man of varied interests. Among his vocations were coin collecting, authorship of many short stories as well as two novels, and even including jewelry making. He married the love of his life, Carole Hill, on August 24, 1974, in Fort Worth, Texas. He was a sheriff's deputy with the Tarrant County Sheriff's Department and retired from there. Charles liked to do things himself and even built a 2000 square foot barn from the ground up on his own. He was a true outdoorsman and enjoyed hunting, fishing, and teaching "young'uns" how to enjoy them also. He was an accomplished comedian, as anyone close to him would agree, and would find a good joke in almost everything he did. Charles lived in Mountain Home since moving from Texas in 2012. Some of Charles' best days were spent on the farm and hunting. He enjoyed buying, repairing, and selling firearms and was a crack shot, as well as spending time with his family. Charles is survived by his wife of 48 years, Carole McMillen of Mountain Home, AR; daughter, Katie (Robert) Little of Haslet, TX; three sisters, Kathie Faison, Gendy (Julian) McMillen-Herring, and Mary (Rick) Hopper; six grandchildren and 9 great-grandchildren. He was preceded in death by his parents; his son, Mike; and a daughter, Carla. Visitation will be Friday, October 1, 2021, from 5:00 pm until 8:00 pm at Kirby & Family Funeral Home. A funeral service will be 11:00 am, Saturday, October 2, 2021, at Saint Peter the Fisherman Catholic Church, with Father Norbert officiating. Burial with Military Honors will be in the Dallas-Fort Worth National Cemetery, Dallas, Texas. Due to current restrictions, masks are required. Memorials may be made to Disabled American Veterans or the Salvation Army. Arrangements are by Kirby and Family Funeral and Cremation Services.

The family of Charles McMillen created this Life Tributes page to make it easy to share your memories.

Send flowers to the McMillen family.