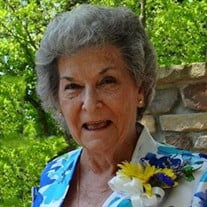 Betty Sue Fletcher Hanson of Salesville, Arkansas, passed away January 26, 2022, at the age of 80. She was born September 23, 1941, in Memphis, Tennessee, the daughter of R.E. Fletcher and Ruby Mae Richey Fletcher. Betty married Buddy Hanson on January 9, 1959, in Memphis, Tennessee at Hollywood Church of Christ. She and Buddy started their family in Memphis, TN. They spent 2 years in Champagne, IL for Buddy’s employer, Humko / Kraft (1980-1982) and then returned to Memphis. Betty and Buddy had a large circle of close friends that traveled together and supported the University of Memphis Tiger football team. They were active in the Memphis in May BBQ competition. They traveled extensively internationally and in the US making so many memories with their family and friends. Betty was a homemaker and lived in Memphis for most of her adult life, retiring to Arkansas in 2003. Betty loved her family and spent much of her time enjoying activities with them, especially her grandchildren and great-grandchildren. Betty is survived by her son, Richard Hanson (Cheri); daughter, Lorie Dawkins; grandchildren, Blair (Kris) Keller, JaneAnn (Nathan) Jones, Jacob (Kristina) Hanson, Zach (Tracy) Dawkins, Harlie (Andrew) Egan, Hannah Gann and Anthony Gann; and 8 great-grandchildren, Bradford, Anna Kate and Sawyer Keller; Jack, Wyatt and Shea Jones; Kora and Margo Hanson; sisters Mary Plummer, Barbara Thorson, and brother Robert Fletcher (Gloria). She was preceded in death by her husband, George Calvin “Buddy” Hanson III; son George Calvin “Buster” Hanson IV; brother Billy Fletcher; parents, R.E. and Ruby Fletcher; parents, G.C. and Fannie Hanson. Visitation will be Sunday, January 30, 2022, from 5:00 until 7:00 pm at Kirby and Family Funeral and Cremation Services in Mountain Home, AR. A Graveside Service for Betty will be at Memphis Memory Gardens Cemetery on Raleigh LaGrange Road on Monday, January 31, 2022, at 2:00 pm, with Mr. Jon Casey officiating. Pallbearers will be Kris Keller, Nathan Jones, Jacob Hanson, Zack Dawkins, Anthony Gann and Andrew Egan. Memorials may be made to St. Jude Children’s Hospital or Hospice of the Ozarks of Mountain Home. Arrangements are by Kirby and Family Funeral and Cremation Services - Mountain Home, Arkansas. Visit an online obituary and guestbook at www.kirbyandfamily.com.

The family of Betty Sue Hanson created this Life Tributes page to make it easy to share your memories.

Send flowers to the Hanson family.